New Spider-Man villains have been revealed for Spider-Man: Across The Spider-Verse! Revealed at the Annecy International Film Festival over the weekend and shared on the official Spider-Verse Twitter handle, we see Miles and Gwen take on The Spot. According to the post, The Spot is not only a deep cut into the #SpiderMan rogue’s gallery, but apparently one of his most formidable foes to-date. The Spot will be voiced by actor Jason Schwartzman. But he’s not the only villain making an appearance. The Vulture will be swooping in to wreak havoc within the Spider-Verse, voiced by Jorma Taccone from The Lonely Island of SNL fame. More Marvel news sees us laying down the hammer on these new Thor Love and Thunder character posters. And finally, Netflix revealed the title for Knives Out 2, ‘Glass Onion: A Knives Out Mystery’. 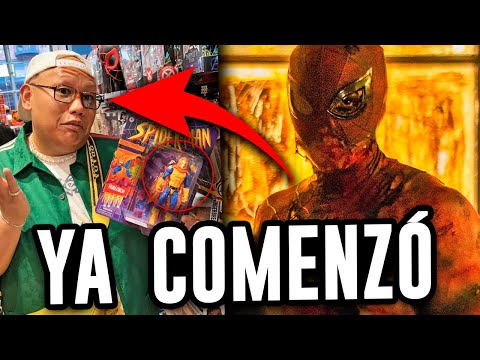